A season of music (without barriers) for the Cherubini Orchestra 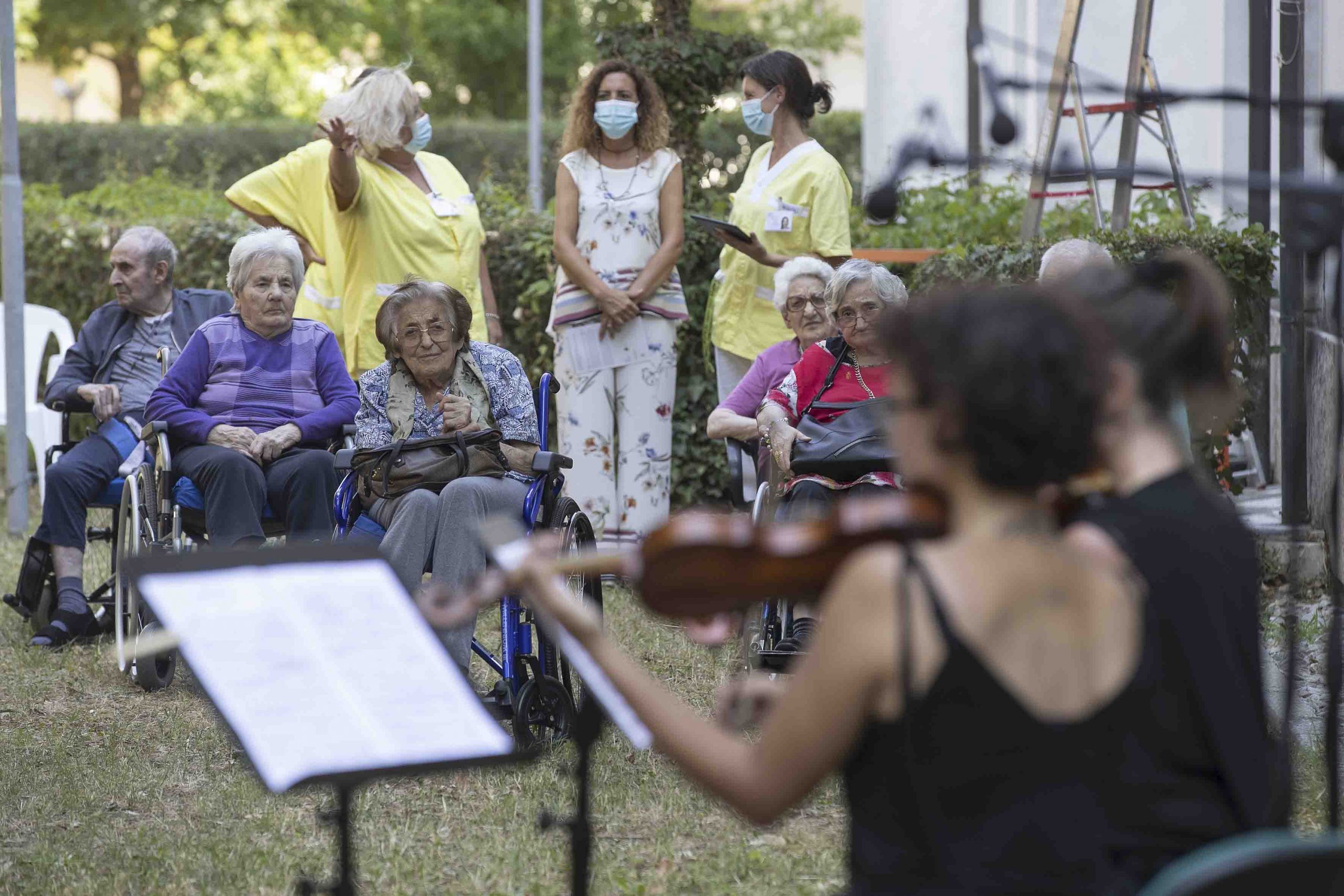 Culture is an act. A concrete and living practice included among the fundamental principles of the Italian Constitution, part of the wise architecture of rights on which Italy is founded; a driving force that should flow through the veins of every community. And which the chamber ensembles of the Luigi Cherubini Youth Orchestra will once again put into circulation with a constellation of over thirty concerts. Now in its fourth edition, Music Without Barriers, the project that brings music to those who cannot cross the threshold of a theatre–guests of nursing homes, prisons, hospitals…–has been renewed and has expanded into a regional perspective. Events in the city and province of Ravenna are joined by those in Piacenza, Reggio Emilia, and Bologna in a calendar that opens on 4 May. The Fondazione Magnani Rocca in Parma hosts a cycle of four concerts for a combination of music and visual arts that is repeated in the three events at the Museo Nazionale in Ravenna. And there will also be concerts at San Romualdo, the Ravenna auditorium that has become the “home” of the city’s young musicians.

“Music is not only an aesthetic act but also an ethical one”: in making this one of the precepts for the work of the Luigi Cherubini Youth Orchestra, which he founded in 2004, Riccardo Muti has marked out the path. Music without barriers puts that lesson into practice, crossing the threshold of places where one otherwise risks being overwhelmed by silence and excluded from the experience of culture and beauty. Thus the Cherubini Orchestra’s chamber ensembles–string quartet or sextet, trio, duo, wind or brass ensemble…–rewrite the concept of audience, for a more inclusive idea where music is a universal and inalienable right. As a gift, they bring pages by Mozart, Beethoven, Ravel, Gershwin, Ottorino Respighi, Nino Rota, and others.

Since 2019, the project, under the artistic direction of Carla Delfrate, has already reached many places intended for voluntary work, care and recovery of people. This year the path begins in Ravenna on 4 May, then extends to Faenza, Cervia, and Lugo. The Cherubini will also play in the Ravenna, Piacenza, and Reggio Emilia prisons. Reggio Emilia will host six more events, joining forces with Reggio Emilia City Without Barriers, a project of the Municipality and the municipal pharmacies to overcome physical, cultural, and mental barriers: the seventh and last event in Reggio Emilia will be on 2 August at the Polveriera, a historic building transformed into a social gathering space, and will be open to all citizens–to symbolically remind us that we all are or can be fragile. The itinerary in the Emilia Romagna Region, which also includes two concerts at the Montecatone Institute, Imola’s facility of excellence for the intensive rehabilitation of people with spinal cord injuries, will end at the Institute of Neurological Sciences in Bologna on 26 September.

One of the boundaries the Cherubini musicians are not afraid to cross is that between music and the visual arts, which meet at Villa Magnani in Mamiano di Traversetolo, a few kilometres from Parma, home to the Fondazione Magnani-Rocca. As well as housing the prestigious Luigi Magnani collection, which includes works by Dürer, Titian, Goya, Monet, De Chirico, Burri and many others, the Foundation is active in promoting culture and the arts as tools for the growth of civil society. The Sala Goya and the Sala della Musica will share the four concerts scheduled for 7 and 21 May and 4 and 25 June. On 24 and 25 September, the Orchestra’s chamber ensembles will perform at the National Museum of Ravenna for a weekend of music among precious archaeological collections.

The project, made possible thanks to the contribution of the Fondazione del Monte di Bologna e Ravenna, with the support of the Emilia Romagna Regione, is organised in collaboration with the Municipalities of Ravenna and Reggio Emilia.