From December 20 to January 6, over 30 events are available again
to be streamed for free on ravennafestival.live

This year, under the Christmas tree, in every house in Italy and around the world, you can find also five concerts featuring the Luigi Cherubini Youth Orchestra: Ravenna Festival’s special gift is eighteen days to watch and rewatch over 30 events of the 31st edition, made available again for free streaming on ravennafestival.live, from December 20 to January 6. A chance to retrace the brave journey of this year’s Festival, from the opening concert in June under the stars of the Rocca Brancaleone, which saw Riccardo Muti and the Cherubini Orchestra bring music back to the stage with Mozart’s majestic “Jupiter” Symphony, to the November concerts in the Alighieri Theatre. Also available the concert, again led by Muti, with Wiener Philharmoniker cellist Tamás Varga and the tribute to Beethoven with Valery Gergiev and Beatrice Rana for the performance of the Concerto no. 3 and the Pastoral. When you want, wherever you are, also on smartphone and tablet thanks to the free APP you can download for Android or iPhone.

“The necessity of protecting and supporting those who work on the stage and backstage has encouraged our full commitment to live events – explains Artistic co-Director Franco Masotti – On the other hand, the multidisciplinary nature of the Festival and its vocation for the systematic use of cutting-edge technologies, including video projections and sound amplification and recording systems which have featured in many productions, including the Autumn Trilogies, has made us more prepared for the challenge of streamed events. In the occasion of the Christmas holidays, we wish to share the memory of moments which, this year like never before, have felt anything but granted or predictable”. The effects of closing distances shows also in the figures: this summer, over 45 thousand people reached the website ravennafestival.live from over 143 countries. Italy at the top, of course, followed by Japan, USA, and United Kingdom, but also India and Brasil, Australia and Russia, and also Yemen, Sudan, Uzbekistan…a map, without borders, of love for the music and the arts.

“We do not consider the 2020 edition a Year Zero, nor a year of simple survival or compromise – underlines Artistic co-Director Angelo Nicastro – the Festival has explored new paths, it managed to endure but also grow. This year leaves us richer of the return to the Rocca Brancaleone, the 15th-century fortress to which the City and the Festival are deeply attached and that this year became the keystone of the live events revival. Despite the uncertainty and the dramatic consequences we are all still experiencing, we have continued to work on events and also new productions: it makes us proud, but also hopeful and more confident as we look at tomorrow”. The Festival meant to ensure such a continuity especially to the next generation, enlisting the Luigi Cherubini Youth Orchestra since the opening concert.

Among the over 30 events available also: Iván Fischer with the Budapest Festival Orchestra and Anna Prohaska, Accademia Bizantina, Rosa Feola, Mario Brunello, Giovanni Sollima; the local theatre companies – Fanny & Alexander, Teatro delle Albe, Menoventi; the piano recitals, the early music, and the sacred music, but also Neri Marcorè and Vinicio Capossela; without forgetting the stars of dance. The 2020 edition of Ravenna Festival has been made possible by the support of the Municipality of Ravenna, the Emilia-Romagna Region, and the Ministry of Culture; Eni has been the Festival’s main partner. 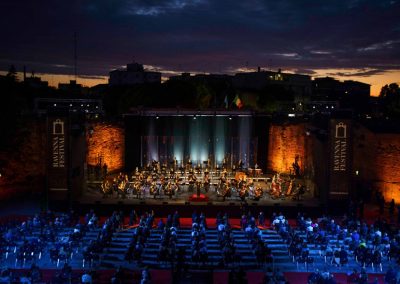 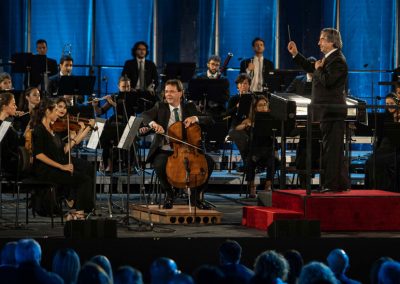 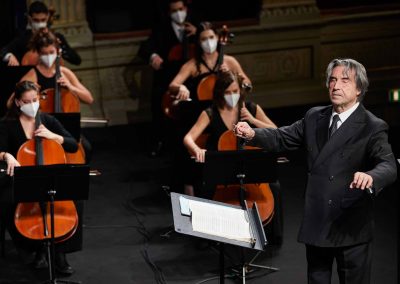