Faust rapsodia in the Alighieri Theatre 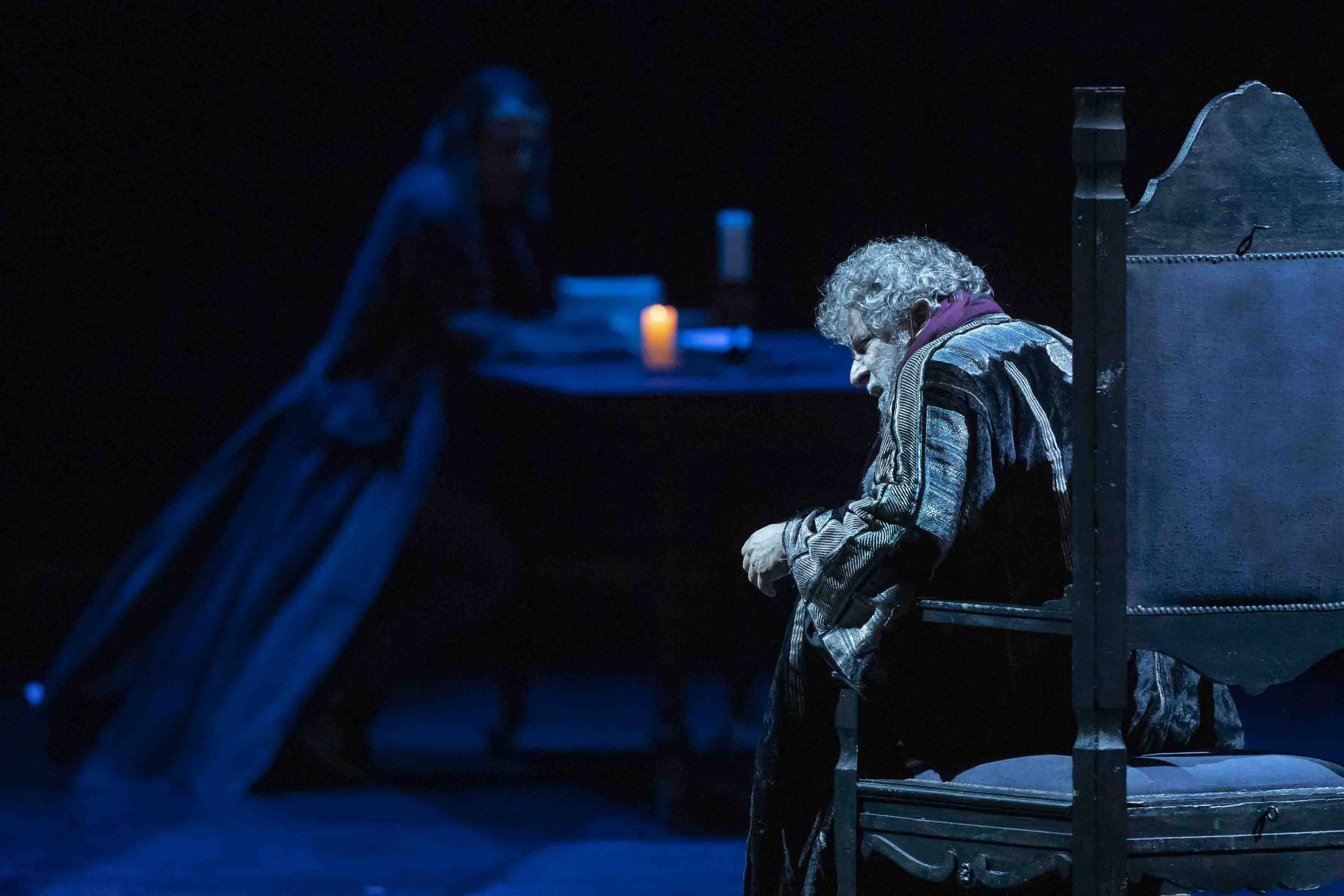 Also this year, the Cherubini Orchestra takes part in the Autumn Trilogy, the project that since 2012 extended the Ravenna Festival into the autumn months. This time the Trilogy develops the “triptych” format through the languages of dance, music, and poetry, also as a part of the tribute to Dante which featured in the Festival’s programmes. After the premiere of Metànoia, the choreography by and with Sergei Polunin, and waiting for Elio Germano and Teho Teardo to bring to stage Paradiso XXXIII on the last canto of the Commedia, the Alighieri Theatre hosts another new production.

Faust rapsodia (1, 2 and 3 October, at 21) is a brand new staging of a myth of the Modern Age. Faust, the main character of a rich and varied tale of the late German Middle-Ages, found universal appeal in Goethe’s work; according to the great German poet and dramaturg himself, Luca Micheletti has found that the theatre is the only place where one can travel across the universe, “from the Sky to Hell”. As Micheletti explains, “Faust is a map of the soul, speaking of the other-worldly in order to speak of the human condition; a story we will never stop retelling, an infinite play”. Accordingly, Faust rapsodia is a mosaic of drama theatre, from Goethe’s poem in the 19th-century translation by Andrea Maffei, and operatic scenes from the oratorio Schumann based on Goethe’s works (in this case the translation, also dating back to the 19th century, is by Vittorio Radicati, the composer’s son-in-law). The delicate work of reconstruction and recreation has been accomplished in collaboration with Antonio Greco, who also leads the Luigi Cherubini Youth Orchestra and the Cherubini Chorus. The role of Faust is divided between baritone Vito Priante and actor Edoardo Siravo; Margherita is soprano Elisa Balbo; bass Riccardo Zanellato and actor Roberto Latini are the two sides of Mephistopheles. Ezio Antonelli, Fabrizio Ballini, and Anna Biagiotti respectively see to set, lighting, and costume design.